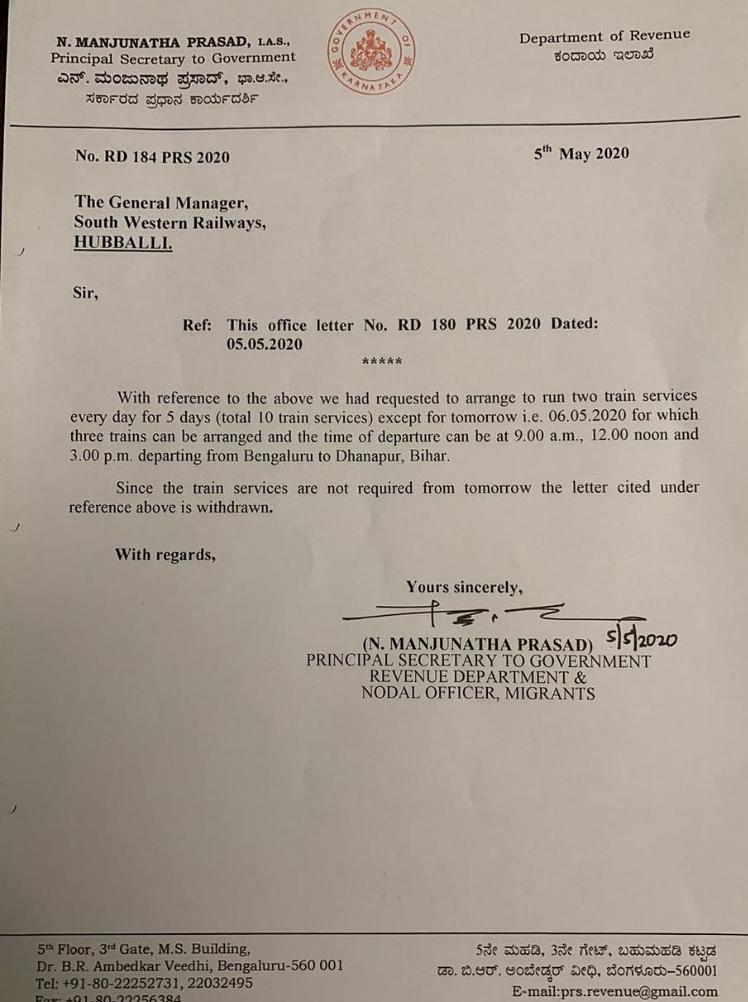 According to a report by Cobrapost and their latest tweet : K’taka Govt Cancels All Trains for Migrants After Meet With Builders, where it was decided how migrant workers were needed to ‘Revive state’s economy’ Hours after Karnataka CM met leading property developers, Govt decided to cancel All trains.